If you are looking for an answer to the question, Is Redmi a Chinese company? Then you are at the right place. In this article, I am going to give you all the information that justifies this question. Especially when you are an Indian and want to buy a Redmi phone, you should know from where your phone is coming or where it’s manufactured.

The confusion arises with the question when you see the Made in India stamp on the Redmi phone. And at the same time, the company is manufacturing Remi products in India also. So if you also have confusion regarding this company, then you are right place.

Because of the lack of information about the Redmi product, people think it is an Indian company. Still, it is a Chinese company, and after buying it, you are benefiting China.

So in this article, I am going to complete information about the company so that when you plan to buy Redmi products, you will have better knowledge and benefit Indian companies. This article will be about few frequently asked questions that people usually askes about the Redmi company. In the end, I will suggest the five best Redmi products that you should consider.

Is Redmi a Chinese company?

Redmi is not a company, and it is a by-product of the Chinese company called Xiaomi. Redmi represents the series of smartphones that Xiaomi manufactures. Xiaomi got started in the year f 2010 in Bejing and launched its byline of Redmi in 2013 as a budget smartphone that the average Indian can easily consume. The headquarter’s of Redmi is in Banglore.

But the most important factor that you should know is that Redmi or Xiaomi have their manufacturing units in India. Mainly their parts are manufactured in China and get assembled in India. That’s why you will notice Made in India stamp on the Redmi smartphone.

Like Redmi, Xiaomi has its byline product range for many products such as power bank and water heater. The primary motive to start a byline company for smartphones is to produce budget-friendly phones that offer all the essential functions a person requires in the affordable price range.

After this, soon Redmi series of smartphones become so popular in India that every one in three Indians will have a Redmi product. Leading to this, Xiaomi becomes the number one brand in smartphones.

But if Redmi is a Chinese company, then why you see Made In India stamp on the Redmi product. Have you ever wonder? If yes, then you will get an answer to this question in the next part.

Why are Redmi company smartphones made in India?

As I have told you in the previous part, Redmi or Xiaomi has its manufacturing units in India. They manufacture the parts in China and then assemble them in India. But why Xiaomi or other Chinese companies do like this?

Generally speaking, it is restricting all nations and their organizations. As per the rules, it is essential to refer to the country’s name in which the company is as of now fabricating their item.

At present in India, individuals are a lot of taking a gander at which country the item has a place with. Additionally, individuals need to know where the thing is made. That is the reason the Indian government has made principles.

Government E-Marketplace has made it required for dealers to enter ‘Nation of Origin’ while enlisting all new items on Gem. This makes it simpler for individuals to purchase the item by taking a gander at a brand’s nation.

Since there were no such principles previously, a few groups would not like to purchase a Chinese brand, yet they were erroneously buying a Chinese brand by thinking of it as an Indian.

I think now it’s clear why Redmi products have Made in India written on it, and if you still have any doubts, you can ask them in the comment box.

Here I have listed five top-rated smartphones of the Redmi, which you can consider buying from Amazon and is budget-friendly.

Xiaomi Redmi Note 9 Pro has a 6.67 inch Full HD Plus display. This smartphone has a side-mounted unique finger impression scanner. There is likewise a quad-camera arrangement in which a 48-megapixel essential lens has been given. The battery of this phone is 5,020 mAh, and it is upheld with 18W quick charging. This phone runs on Qualcomm Snapdragon 720G.

Redmi Note 10 comes with a 48 MP Quad Rear camera with 8MP Ultra-wide. This smartphone has a 5000 mAh large battery with a 33W fast charger. It has a Qualcomm Snapdragon 678 with Kryo 460 Octa-core and comes with 6GB RAM with expandable memory up to 512GB with a dedicated SD card slot.

So when you are buying any product, always check the manufacturing country because it gets its money and benefits. Be aware of the brand and purchase wisely! 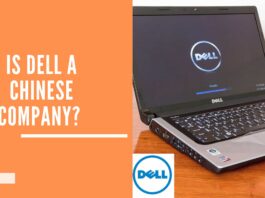 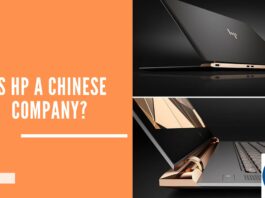 Is HP a Chinese Company? Trade battle between HP(Hewlett Packard) And...